We Live To Help Train You

SilverFox Jiu-Jitsu is a Jiu-Jitsu school located in Wahiawa, HI right next to Schofield Barracks. At SilverFox Jiu-Jitsu we strive to help our students develop their Jiu-Jitsu skills so that they will be able to apply the lessons they learn in the gym to their real lives. Our focus is on competitive Jiu-Jitsu that starts as young as age 3, yet is still age appropriate for everyone. Students will learn how to defend themselves in a street altercation as well as apply the sport aspects of Jiu-Jitsu in a competition setting. We want to create the best environment possible so that our students only have to concentrate on Jiu-Jitsu. We keep classes to a manageable size so that instructors are able to provide enough attention to students so that they excel in Jiu-Jitsu.

At our facility you will find a friendly and welcoming staff here to help you in your Jiu-Jitsu journey. We have the amenities necessary to keep busy individuals and families training and able to keep up with their other obligations outside of Jiu-Jitsu. While we all want to win, we have developed an environment where our students work together so that all can develop the skills necessary to reach their goals. This means you will not only be helping yourself get better but your training partners as well. You will find the most qualified teaching staff in the area to pass on today’s most modern techniques as well as the time tested basics that have always been effective. Our students that compete have found success in international competition as well as the local scene. We want to be a part of your Jiu-Jitsu journey whether it is for exercise, self-defense, or competition.

Come give Brazilian Jiu Jitsu a try in a fun, safe and welcoming environment. 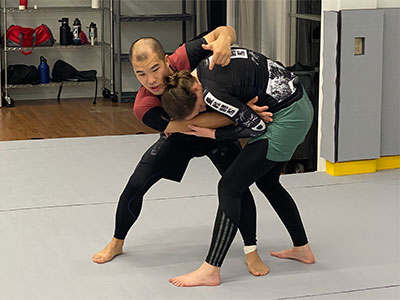 Professor Peter Wang was born and raised in Taipei, Taiwan. His family moved to the United States in 1995 and settled in Dallas TX. He started his martial arts journey at the age of 10 in Traditional Chinese Martial Arts. After dedicating 10 years in the Chinese Martial Arts he started his Brazilian Jiu-Jitsu journey under Professor J.D. Shelley at the North Dallas Brazilian Jiu-Jitsu on January 2, 2007.

He received his blue belt under Professor J.D. Shelley and went on to enlist in the Unites States Army in March 2010 as a Combat Medic. He was stationed at Fort Knox, KY and deployed to Afghanistan in 2011 to support Operation Enduring Freedom. Upon his return from deployment in 2012 he start training at Derby City Mixed Martial Arts in Louisville KY, under Professor Nick (Chewy) Albin. He was deployed again in 2013 in support of Operation Enduring Freedom. He dedicated his free time during deployment to teach Brazilian Jiu-Jitsu to coalition forces at Camp Marmal in Masir-E Sharif. Upon his redeployment he resumed his training at DCMMA , served as the head Army Combatives Instructor at Fort Knox , and received his purple belt in 2014 under Professor Nick (Chewy) Albin. Peter then changed his job from Combat Medic to Physical Therapy Specialist and moved to San Antonio TX in 2015 to begin his Physical Therapy training. While he was stationed in San Antonio he continued his BJJ training under Professor Markus Langdon from Team Delima. Upon graduating his PT program he was stationed in Fort Eustis VA and begin studying under Professor Ben Eaton, the head East Coast director of Ribeiro Jiu-Jitsu. He concurrently served as the Fort Eustis Army Combatives Instructor and received his brown belt from Professor Ben Eaton in 2016. He moved to Schofield Barracks HI to operate the Physical Therapy clinic in November 2017. Unbeknownst to him many of the staff members at the Physical Therapy clinic also trained Jiu-Jitsu, so he started a small Jiu-Jitsu club during lunch and also after hours in his garage. He was accepted as a Cadre member to the Warrior Transition Battalion in January 2019. Due to his special skill set in rehabilitation and BJJ he established the first ever Adaptive Brazilian Jiu-Jitsu program in Schofield Barracks HI for our wounded warriors. He was awarded his black belt by his first BJJ instructor Professor J.D. Shelley in March of 2019. 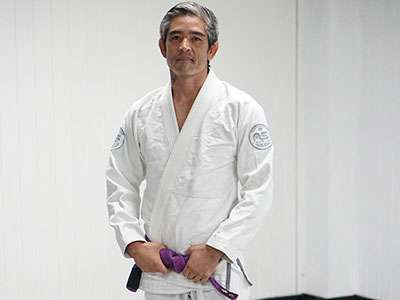 Garry is the Head Kid’s Coach, Assistant Adults Instructor, and also the Owner of SilverFox Jiu-Jitsu. Garry started SilverFox Jiu-Jitsu with the blessing of his instructor Mike Fowler after training under Professor Fowler for several years. Garry has many competition accolades including two silver podium finishes at the Pan Ams. Garry’s passion is to share all the Jiu-Jitsu knowledge he has acquired with all who come to train.

Come give Brazilian Jiu Jitsu a try in a fun, safe and welcoming environment.