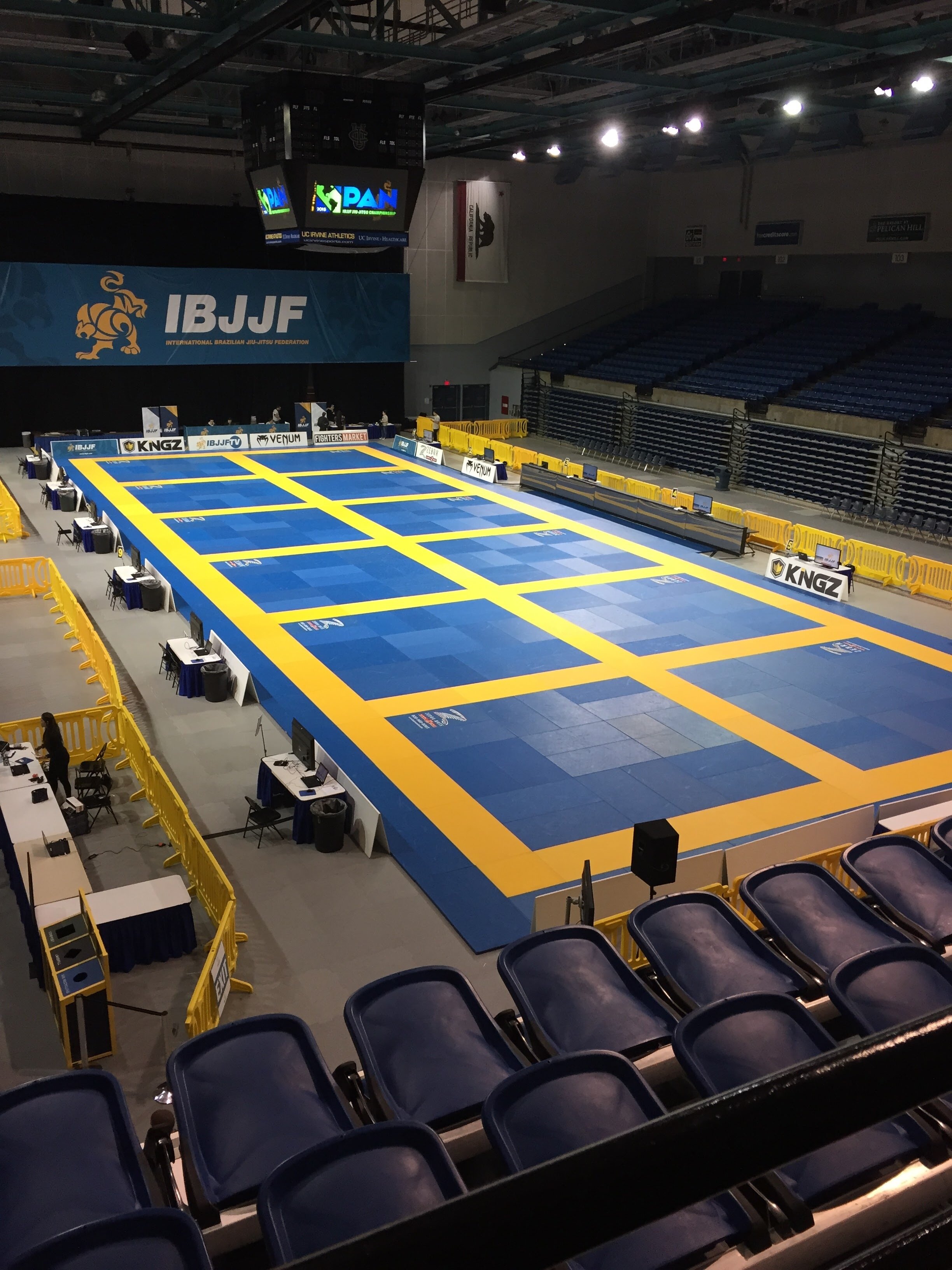 Training and competition. Two different aspects of your Jiu-Jitsu journey.

An interesting thought to consider when it comes to competing… If you think about how many days are in a year, 365, and how many of those days you spend training? And how many times you go to compete a year? For me, I typically train 6 days/week but, let’s be conservative and say most people train 4 days/week and there’s 52 weeks per year. I compete less than 10 times per year. I would say some years it is even less than that but, we will just say 10.

So 4*52=208 is how many days most people train in a year and that’s if they are really enthusiastic.

10 is how many competitions people go to per year.

So that’s 218 days in total that an enthusiastic competitor will do Jiu-Jitsu in a year. Now let’s calculate what percentage of your Jiu-Jitsu time is spent competing and training.

Less than 5% of your total Jiu-Jitsu time will be spent competing.

More than 95% of your total Jiu-Jitsu time will be spent training Jiu-Jitsu.

Then why do we put such a high value on competing and the champions of such competitions? If you do have competitive aspirations it might be best to go to a school with a competitive competition team. On the flip side, there are lots of great competitors out there that if you were to ask me what school they train at, I would not be able to tell you. Take Adam Wardzinski for example. I know he’s part of Checkmat but, I can’t tell you where he trains at or who under. In most sports we do like to follow the best or those that we consider professionals. Jiu-Jitsu is a bit different though. You can’t just walk down to the local football field and sign up for the 30 and over football team. Even if you are sadistic enough to sign up for adult amateur tackle football (God help you) you can’t just practice with the pros. The 49ers do not have a drop-in program.

Maybe I am answering my own question. Maybe that is why we do put such a high value on Jiu-Jitsu competitions and Jiu-Jitsu’s successful competitors, because our idols and the best in the sport are accessible to us. hmmmmmmmm.

Your best competitions are found in your training partners. They know your game best and can shut down your favorite moves. You still have an element of surprise in competition. So why do podium pictures get the most likes on Instagram? Don’t take my word for it. See for yourself. Of course, lacing a piece of fake metal around your neck after tapping a training partner and posting a picture of it on social media is not a sign of humility. In my mind though it is harder than doing it in competition.

I am not bashing competition. Far from it. I think everyone should compete. To test your Jiu-Jitsu in a pressure situation really helps you and your Jiu-Jitsu grow. Maybe you have a move that works great on all your training partners but not so well in competition. Wouldn’t you like to find out? Don’t you want to make that move better? It is a great opportunity for validation that you are at least on the correct path. Let’s say you are a 140lb blue belt. You can not expect all but a few of your moves to work consistently against those bigger and higher ranked than you. In competition though, you now have a chance to test your moves against someone your same size and skill level. Albeit there will be some sandbaggers but that is just part of the game, unfortunately. Lastly, competing really helps you improve, you. As a competitor you are there to win, make no mistake about that. Winning should be a goal but another goal should be improving. You want to perform well so you drill a little bit longer, roll a bit (but under control) harder, eat better, and drop a couple of bad habits. Competition time comes around and you have earned your best performances. Even if you do not win, think about all you just gained. Sharper skills, better cardio, and healthier habits. You improved you.

Can’t you just do all that anyway, without competing? Yes, you absolutely can and many do. But can you put it all together in that moment? In training if you make a mistake you can just tap and keep training. In competition if you tap, your day is done. To be successful in competition you have to be able to put yourself in the moment. If you read my article on anxiety, I wrote about being in the moment and that’s the real differentiator between training and competition. For this 5% of your Jiu-Jitsu journey, can your Jiu-Jitsu handle a competitive and pressure-ridden situation?

One last thought on competing… is the bond that competing creates with your teammates. I just did this 2019 Master World’s. I had fun competing in my matches. I had fun watching my teammates compete. At the time it was not fun but, now looking back on the experience the training time and effort we put in was fun. The real fun though was hanging out in the hotel, going places to eat, watching my teammates gamble for the first time (it was in Las Vegas!), and planning which competitions we are doing NEXT YEAR! Sitting around on the benches, exhausted and sweaty, unravelling the tape on my hands… Looking at the smiles on my teammates faces, tasting the tang of Aca’i on my tongue, hearing the accents of your New Zealand friends… That’s what is great about competing, all those memories we created. It is tough to put into words. It is much more of a feeling. And if you never compete, you’ll never know the feeling.